I’ve just been part of the Books on Tyne Festival 2019, which was organised by Newcastle City Library and the Lit and Phil. You may already know this if you have read the last blog post where I was preparing for it. I’m glad to report that it went well, despite the vile weather. 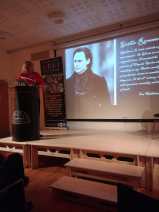 I had a gorgeous audience, made up of friends and readers, so it was lovely to chat to people who were genuinely interested in what I had to say. And some of my oldest friends said they were well-impressed with what I had to say about Gothic Romance and how passionate I was about it. Which was, of course,  lovely to hear. It was very much appreciated that my friends came along and supported me – and if you came and you’re reading this at all, a huge thank you again.

I did an extra bit of research in the afternoon before the talk and started going off on one of my tangents – as I do when research is occurring. It’s one of the reasons I don’t plot my books. My research takes me off on weird and wonderful directions, and it’s a case of me usually adding to the story to incorporate the weird and wonderful stuff in a believable fashion. This research involved people who had been hung at Tyburn for highway robbery, and I managed to find some stats which told me the information over a ten-year period, between 1745 to 1754. 45.67% of the people executed at Tyburn during that decade were highway robbers, which equates to 166 out of 370 – and there were twelve women included in that number. I’d originally wanted to find out what happened to James Abbott whose ‘stand and deliver’ type of quote I’d used in Watch for me by Moonlight. He was hung too, on the 1st of April 1754, poor bloke – but at least I’ve now immortalised his words.

A few days later, I was in London with my family. We walked through Hyde Park and if you can recall, last time I was in London, I fan-girled all over the house where the Pre-Raphaelite Brotherhood was formed. This time I was trying to take photos of trees and pathways through the Park, imagining it a few hundred years ago as a haunt for highwaymen. It was, apparently, the first place to get streetlights, thanks to William III who moved his court to Kensington Palace but then found that his walk to St James’s was very dangerous. He had 300 oil lamps installed there and created the first artificially lit highway in the country. We also visited St James Palace that day for my son’s Duke of Edinburgh Gold presentation – hence the fact I was in a posh frock and impractical shoes in the middle of quite a muddy Hyde Park! 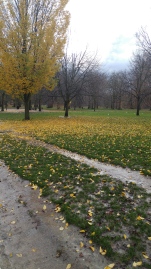 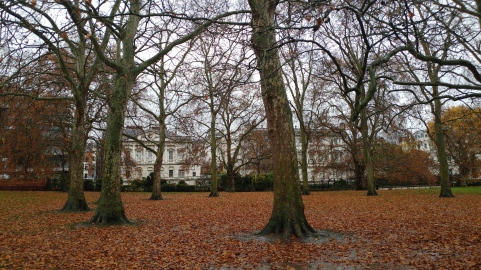 The week after that, we visited York Castle Museum, and saw the display relating to notorious prisoners. One of the prisoners was Dick Turpin – yet another famous highwayman. There was a very clever projection of an actor playing Dick, screening on a whitewashed wall of the old prison cells. It was very interesting, but it did make me think about poor Claude Duval who is, I think, still my favourite highwayman. Beyond Adam Ant, of course….and yes, Adam did appear in my presentation at the Book Festival – followed by a loud agreement from the audience that, and I quote, “Adam Ant is the best highwayman ever!” 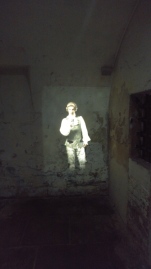 Well, I’m not going to argue with that one! Although I do have a very soft spot for my Ben in Moonlight. And if you haven’t met him yet, you can find him here…